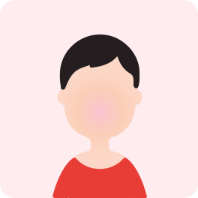 At first I chatted with your friends and said that I was rich and opened my heart.At first, ask you to invest 100 dollars and try to invest and say that the funds are too small to put a lot of money to play with you. At first, I just wanted learn something. I didn't think so much. Later I found out that it was a lie. At first, I took 100usd and passed, but later, I didn't get 1 cent. Say a lot of weird things At first, you should download the money and investigate the background of the system I went to the system customer service and asked why I couldn't withdraw the money. What about the system renovation, but I couldn't contact the customer service the next day. Let me go to the welfare customer service, and the situation is the same as the others. I said a bunch of weird things, and a bunch of excuses were that I couldn't withdraw the money. The money was also frozen. I asked a lot, knowing that I couldn’t make it up, so I blocked my mobile phone number from contacting them... I lost 170,000 RMB.